“Cliche” – a phrase or opinion that is overused and betrays a lack of original thought. Sadly, cliches become cliches for a reason – because they are more often than not true, and the easiest way to concisely portray something. That is certainly the case for the title of this post – my life has been a series of doors closing, and doors opening. I’ve had to learn that new doors won’t spontaneously swing open or even appear, unless if you’re very lucky. Sometimes you need to look for another. And sometimes, just like  the front door of my student house, a lot of fiddling is needed to open it.

Forgive me for being self-indulgent, but this post is going to be about my achievements since the 22nd of March 2014. About my open doors. If you can bear with a slightly smug recollection of the past 18 months, do read on. If not… Well I hear there are some good cat videos on the internet these days. This is one of my personal favourites: https://www.youtube.com/watch?v=k6ZPvNXiip4

My rupture happened on the 22nd of March 2014, during my intercalated BSc (in Neuroscience! How very ironic). At this point, all I had left of my BSc were my exams and my dissertation. Despite my best efforts and protests, it soon became apparent that I would have to postpone those, and the completion of my BSc, to May 2015, giving me essentially a year of… waiting for exams to come around. It wasn’t fun. I was advised by my team not to even attempt revision until October 2014 at the very earliest, so naturally I tried to start earlier. And failed miserably. But by the end of October 2014 I had tentatively started going back to my part time job – massive confidence boost – and come November, I made my first foray back into the world of academia.

When you have a brain haemorrhage the reaction of those around you is, naturally, “Oh my gosh! But doesn’t that control your arms/legs/vision/speech?”. People always ask me about tangible, physical effects. About obvious effects, that you might see if somebody broke a bone, for example. But nobody actually thinks about what controls the mind. It’s a bit of a paradox really, that the mind controls the mind. It’s the only organ in the body that is self aware, and we still don’t truly understand it.

So what happens when you – in essence – break the brain’s bone?

My stroke was mostly in the temporal lobe of my brain, which is the part that controls cognition and memory. I didn’t quite appreciate the loss of this until I tried to go back to revision and found that practically my entire memory of my BSc lectures had been wiped. It was quite surreal, opening the extensive notes I had written in the months prior to 22/03/2014 and having physical evidence that I was there, that I had absorbed and learned this information… yet having absolutely no recollection save for infrequent, brief flashes of memory. So I started again. I taught myself my BSc in Neuroscience from scratch. I sat and arduously watched every lecture that had been recorded and put on my university intranet, and completely filled three A4 notebooks with my notes for it. I am not for one second going to pretend it was easy, or smooth. Once upon a time I was able to revise 7, maybe 8 one-hour lectures in one day. I was lucky now if I managed to do a one hour lecture over two days. I even had the memory of my lab work wiped, which was the basis of which my dissertation had to be written. When you face a whole years’ worth of lost work, knowing that your ability to learn is damanged…. It’s petrifying, it really is. But at the end of the day you can’t put off the inevitable. After what seemed like forever (but was, in reality, seven months) I had finished all of the taught content of my BSc. Exams loomed over me. But with the help of my neuropsychologist and setting small, manageable goals the exams finally felt like a hill instead of the Everest that they were when I was first discharged from hospital. I sat the exams (and thankfully had an extra two hours per exams – yay for cognitive deficits!), pleasantly surprised at how straightforward they were. Sadly I couldn’t celebrate just yet – I still had a week left to finish and hand in my dissertation – but in due course that was completed and I could finally relax.

I spent June of 2015 working, making back the money I had lost on my year out. I spent July of 2015 reaping the efforts of my labour in the past year. July 2015 was a very good month.

Most university students have that universal, shared experience of the terror of results day. Opening that brown envelope to find those three (or more) letters that determined the start of your adult life. I naively thought when you go through that experience once, you’re prepared for the subsequent ones. I was wrong. 24/06/2015, 4p.m. – BSc results day. I started fervently refreshing the results webpage, aiding the thousands of other students who ended up crashing the system. I made tea. I drank the tea. I made more tea, still refreshing the page in the hope it would be revived (like I was by the tea). And suddenly, it was. I had always said to myself after finishing my exams that I would be happy with a 2:1, or even a 2:2 – so long as I passed my BSc and all the work wasn’t in vain.  I held my breath as I clicked on the “View degree award” link.

It had to be a mistake.

I double checked. And got my boyfriend to check too. It wasn’t a mistake, or a typing error. After the 21st of July 2015, after my wonderful graduation ceremony, I was the proud, proud owner of a BSc in Neuroscience with First Class Honours!!!!! There are no words to express the elation I felt in the following weeks.  The best part for me, was the knowledge that getting a first in itself was an achievement, meaning others could appreciate this even without the knowledge of my backstory. 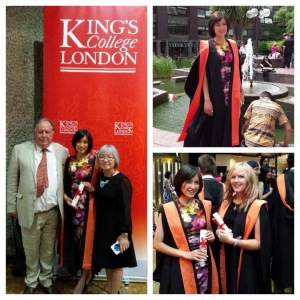 Graduating with a First!

Shortly after my graduation, I attended a national conference to present a poster on the work I did during my BSc project. By being selected to have a poster there, I was automatically entered into the undergraduate competition for best poster, presentation and abstract. My supervisor was fairly confident and spent most of the conference showing his peers how excellent I was. I personally wasn’t so sure – the quality of the other undergrad posters was very high. But my confidence was bolstered when during the poster presentations I had several attendees asking me if a) this was my PhD project and b) why I hadn’t published it yet. I was even asked by once of the leading researchers in the field of my project if I wanted to come and work with him at his lab! I suppose that’s the scientific equivalent of being headhunted. Lo and behold, my supervisor’s faith was rewarded as it was announced at the end of the conference that I had been awarded the one of the four “best undergraduate awards”!! My reaction was very much the same as with the BSc result – shock, disbelief, then elation. Upon returning, I was greeted by the news that my supervisor and post-doc had decided we should publish my work, and that I should be first named author. What a great end to the two year long saga that was my BSc! (And to any non-medics reading this, intercalated BScs are usually done in one year, not three!) 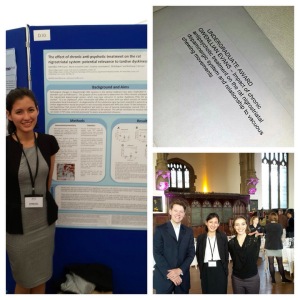 Winning the undergraduate award at the BAP conference

The rest of the summer was spent enjoying what would be my last university summer holiday. I travelled to Sweden and Menorca. Oh, and got engaged (!!). Standard holiday activities really. As I closed the door to the end of my time out (and what a fantastic way to end what started as a truly awful year!), the door to the start of my return back to medical school opened. But more on that in the next post. 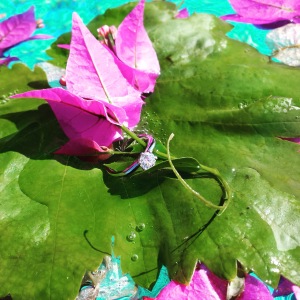 He did good with the ring

I’ll close this post with a final bit of good news, the best news of the year so far. 20 months since my rupure, the door to removing Ralph has finally opened – my neurosurgeons have decided to give me gamma knife radiosurgery! The date has been confirmed as the 2nd of December 2015 and, like with all my previous planned hospital admissions, I await it with a mixture of excitement and curiosity. Watch this space for an update on what it’s like to have your brain shot with radiation!

Welcome to my blog! As a young stroke survivor, this is my way of learning from what I've been through - after all, what doesn't kill you makes you stronger, right? To get to the beginning of my story, click here.